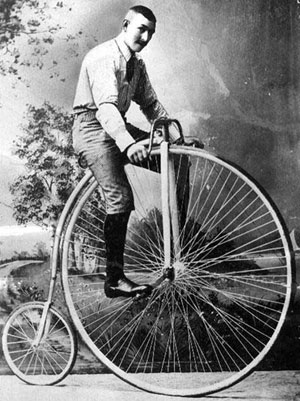 In the spirit of creativity, Spokes & Words is focused in bringing together spoken word with bike riding. As Julio commented on facebook, riding a bike is poetry.

There are six designated stops in which anyone can share words, poems and stories. Each location will have two/three people sharing and we will ride on to the next stop.

All poets, artist, riders and anyone who has an appreciation for poetry, spoken word and riding their bike around town is welcomed. Since this is the first ride, it’ll be an easy one. We welcome input from everyone on rides, routes and locations to include in future rides.

TO ALL PARTICIPANTS, MAKE SURE YOUR BIKE IS IN WORKING ORDER. MAKE SURE TO BRING EXTRA INNER TUBES, TOOLS ETC. IN CASE ANYTHING HAPPENS.

ON THE DAY OF THE RIDE WE WILL QUICKLY GO OVER THE RULES OF THE ROAD FOR SAFETY REASONS. HERE IS A QUICK LINK,

We will meet at Mariachi Plaza this Thursday at 6:30 p.m. and ride out at 7 p.m. West, stopping first in Little Tokyo by the Japanese National Museum. We will continue on 1st. stopping at the Walt Disney concert hall, then continuing on stopping under the bridge on Beverly and Glendale, in front of the long gone Belmont tunnel, riding up Glendale stopping at Echo Park Lake and riding down Sunset, finishing of at the Chinatown Gold line stop and riding bake to the Eastside.You can view the route on google maps,

Los Poets Del Norte is a musical group born, raised and based in Boyle Heights, just like its two founding members, Nico and Xavier Moreno.

Immigration, poverty, gentrification and everyday life are just some of the topics Nico and Moreno incorporate into their poetry.

â€œWeâ€™re serious about the issues that we talk about because itâ€™s our reality,â€ said Nico.

Both Moreno and Nico have their own personal war stories about what it was like growing up with gang violence in their neighborhood.

Getting hit up by different neighborhood gangs on his way to school or seeing drug paraphernalia on the streets was a daily part of life said Moreno, â€œI got to see that and it showed me thatâ€™s the direction I can go if I abuse it.

â€œI saw my friends that go through that and fall in that trap, losing friends and being shot at affected me.â€

By retelling the stories inside of them, both Moreno and Nico are also giving an oral history of the community they grew up in.

They donâ€™t want others to make some of the same mistakes they made in their youth.

â€œWeâ€™re at a point in our lives where we have become reflective of that.

â€œWeâ€™ve become observant of that and survivors because getting shot at and burying your friends is not something everyone goes through.

â€œGrowing up in a community like ours, most of our friends did experience that,â€ said Nico.