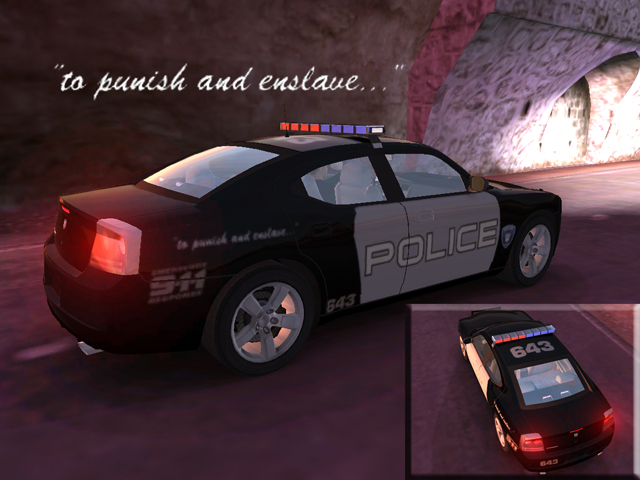 If I remember correctly, my very first post on this here blog was about a police sobriety check in the heart of Boyle Heights in June of last year. Hmm more than a year later, the economy in Califas is tanking, the city is looking left and right and underneath every couch cushion to save money and bring in more revenue, like raising sales taxes to 9.75 percent and other various  measures. It’s getting tight in this city, real tight. The kind of tight that when I was growing up, frijoles, huevos and tortillas were what’s for breakfast, lunch and dinner, with maybe some queso de piez sprinkled on the beans to add a little variety.

Needless to say, it’s not hard to connect the dots on the current situation out on the streets of L.A. right now, with all these holiday sobriety check points to keep drunk drivers off the streets. This is an invaluable service by the police, however we all know that’s not the case right ? I mean come on !! This is way over the line, even for the L.A.P.D We all expect and know these holiday sobriety checkpoints are around, but as of late, the amount of cars getting pulled over and of these check points is bordering on abuse. Nah, you know what, it is abuse.  “Ohh but you’re just exaggerating because you blah, blah, blah” hell no I’m not exaggerating. Sunday of last week me and VD were kicking old school on our way to the barrio when we see a car pulled over on Sheridan. Then we see another car pulled over two blocks further down and then another car pulled over on Chavez and Soto. Not to mention that I average out one text per day informing me of where there are check points taking place. This isn’t the police checking for drunk drivers and keeping the streets safe, this is the police being abused by the shot callers who need to come up with more feria to cover the cost of their business expenses and trips to Mexico to represent L.A. in a book fair. Really !? A book fair !?

So the money to cover expenses was donated, ok that’s cool but these are frugal times !! If 2 million dollars were donated, couldn’t that money have been used to restore murals !? Pay some of the artist that participated in the summer lights program or to schools who are cutting back in arts programs ? I don’t know much about how the city works and all that good stuff so I may be missing a point somewhere, but if you are broke and in debt, the last thing anyone is gonna do go an trip, unless that money was to be used exclusively to travel, then by all means go for it.

I’m not an aid for the mayor or any city official, so I don’t see their side of the story and they are more than welcomed to chime in and share their view, because from my point of view, I see dads getting pulled over in their rickety ‘8Os Toyota full of gardening tools get the lights flashed on them as the officer says, “parra la ES-kir-DA. Es-KIR-da” when they are pulling them over. I see kids translating for their parents, looking up to the officers scared shitless like I was when I was a kid, translating to the officer that the reason my unlicensed uncle is driving the car is because my dad knocked back too many cold ones and we didn’t have any other licensed drivers with us. I see the only means in which a low income family is able to make ends meat because that vehicle that is getting towed away is what gets them to work everyday and it’s what gets the kids home from school.

I may polarize this issue this issue through a Latina/o filter, but I know there are others who can back me up on how this is not just a race issue, it’s a class issue. The parts of town that are targeted for these check points are working class/low income communities that will have a higher probability of netting drivers without licenses, insurance, proper registration, expired tags, arrest warrants ETC. You get snagged, your car gets taken away and you are fucked. Then come the impound lot fees and dealing with any citations that the officers may have issued you. Money here, money there, more money over there and then some more money over here, that’s basically how it breaks down. With soo many fees, it’s cheaper to let the car go and salvage what you can.

I won’t even go into how as of late, the police are not only netting cars, but with the help ICE and other immigration agencies, undocumented residents are being arrested and deported because they didn’t know their rights. There are ways around special order 40 and they are being used, but there’s no way of proving that right ? The city wouldn’t do something that underhanded. Besides, I’m just another person on a blog right ? Ranting about what he see’s in his city, not being objective and sharing his opinion, totally the opposite of a journalist. It’s extremely easy for the decision makers to give and underling an order to execute, who will then order someone else to tell someone else who will tell ONE more person who will write a memo telling the guy in charge of our standered issue street solders what to do. It’s easy when no once can put a face behind it. It’s easy when all you are doing is following orders, ignoring your better judgment and following your instincts. What does it matter right when at the end of the day, everyone goes home guilt free because it had to be done. You can only oppress the cockroach people for so long before their numbers overwhelm those in control.

“We don’t see things as they are, we see them as we are.”

We don’t see things as they are, we see them as we are.